The first access across Johnstons bay from Pyrmont to Glebe Island was via a timber bridge built in 1857. It provided access to the rapidly growing suburbs to the west and to the abattoirs on Glebe Island. The timber bridge was replaced in 1903 with a steel bridge with an electrically operated swing span.

On the 29 November 2013 NSW Heritage Minister Robyn Parker announced that Sydney’s 110 year old Glebe Island Bridge has been placed on the State Heritage List as one of the earliest examples of an electric-powered swing bridge in the world.

Not only is this almost unique bridge worthy of preservation in its own right, it will (when put back into service) be a valuable functional asset to the community allowing easy access to the Glebe Island and White Bay precinct. There are many future opportunities for this area and having this low level access can only enhance these.

The first Glebe Island bridge, called Blackbutts Bridge, was a manual swing span bridge opening to allow shipping into Johnstons Bay and the adjacent Blackwattle and Rozelle bays. It was built from Tasmanian blackbutt timber so maybe it should called Blackbutt bridge.

Blackbutts bridge, from a newspaper cutting. The left photo was taken around 1870 4.

The bridge was privately owned. As the turn of the century approached it was in a poor state of repair. The Colonial Government bought it and planning began for the replacement. 5.

Blackbutts Bridge was replaced in 1903 with a steel bridge with two fixed truss spans and an electrically operated swing span. The bridge, designed by Percy Allan, has high historical significance because it was one of the earliest in the world to use electrical power for the swing arm. 5b. 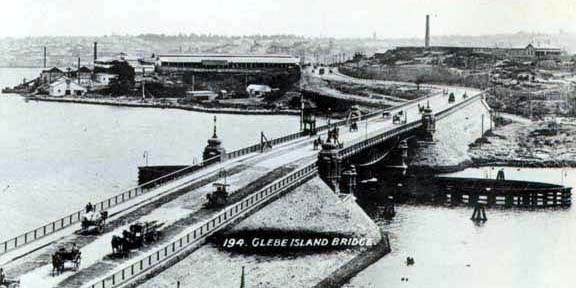 The four lane steel bridge carried huge traffic loads to Sydney's western suburbs until the opening of the new bridge in 1995. 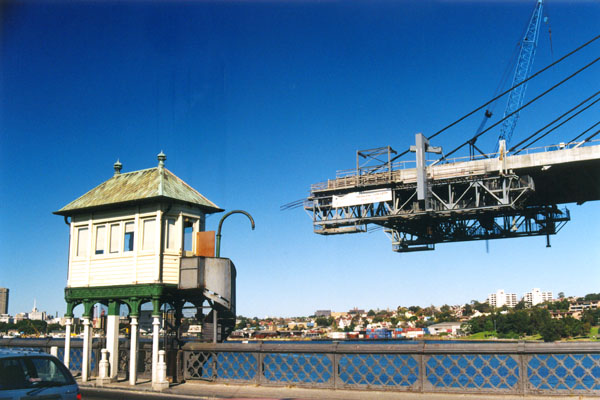 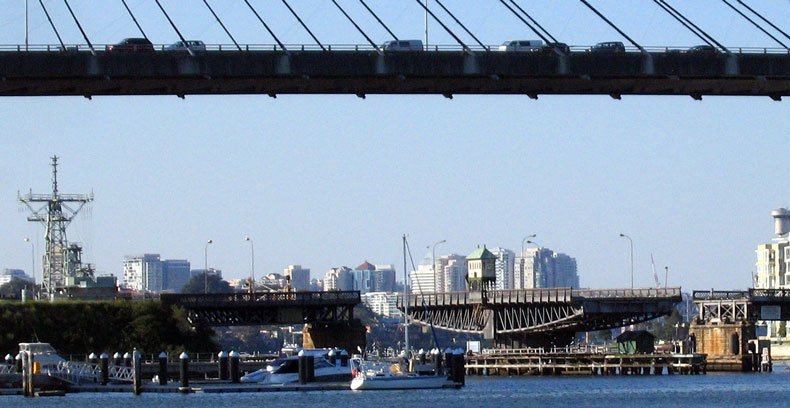 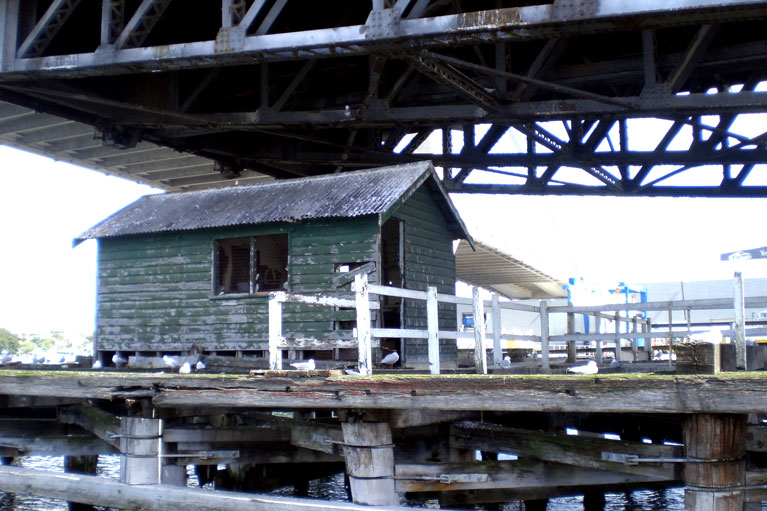 Under the bridge from the water 2010