ANZAC Bridge has undergone routine maintenance since its opening in 1995. In the intervening period bridge technology has improved and a number of maintenance, safety and structural issues have arisen. From 2011 to 2013 remedial works were undertaken.

A more permanent solution replaced the ropes with spring loaded thin stabilising cables between the stay cables and the deck.
The spring failure safety link was added later. 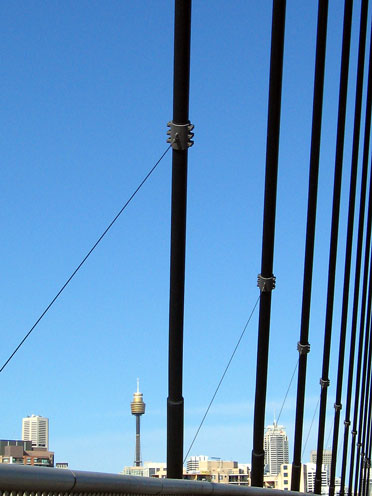 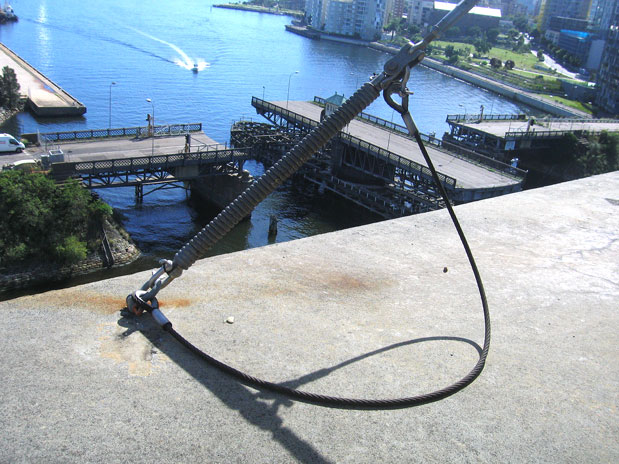 At a cost of $61 million the program included

Edge beam walkways were built each side of the bridge with a temporary rail line built to allow movement of heavy items by rail trucks and for a moveable platform to access the stay cables. 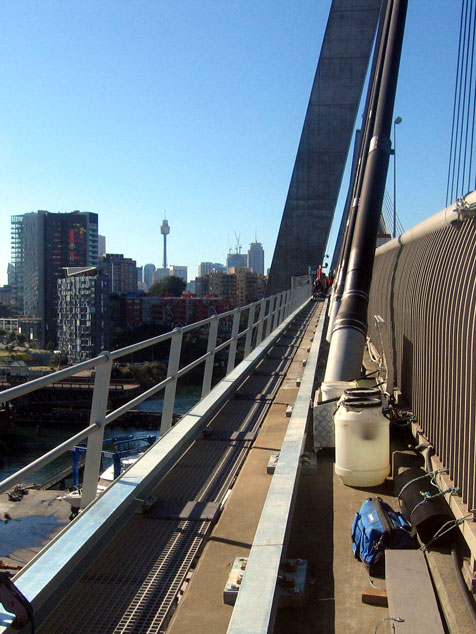 The rails and transport equipment were removed when the maintenance works were completed. 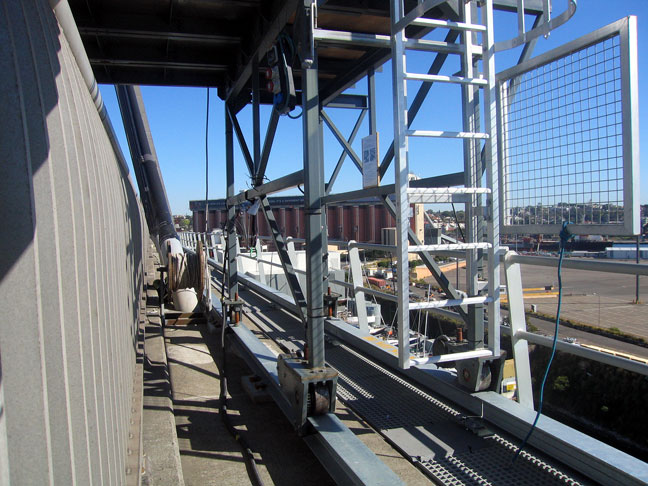 The movable framework for the work platform 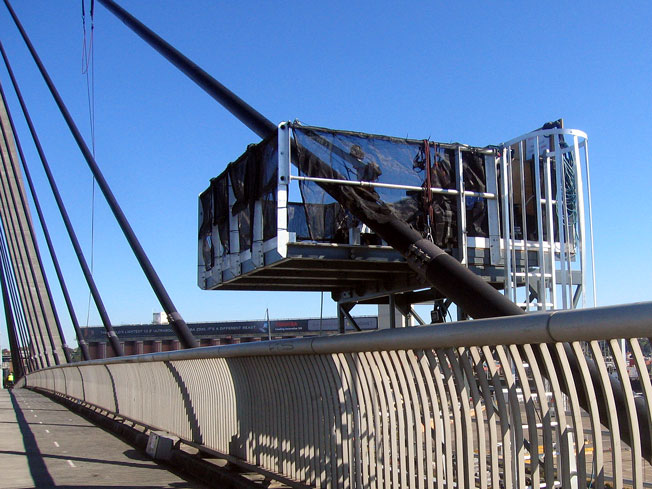 Work platform behind the original fence

Cable bridge technology has significantly improved since the anti vibration cables were installed. They were removed and vibration was dealt with using radial dampers at the deck end and the application of a helical rib over the length of the stay cable. 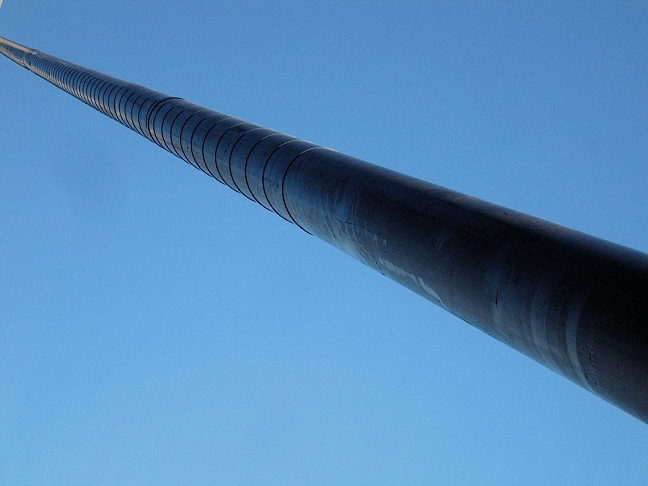 A 3mm wide helical rib was welded using a purpose built robot surrounding the wire and spiralling down from the top. It took 4-6 hours for the HPDE fillet to be hot air welded to the polyethylene cable sheath - time depending on the length of each cable.

This spiral rib breaks up vortices as air moves over the cable reducing the amplitude of induced cable oscillations. The spiral rib also forces rain to fall off the cable rather than running down the cable. 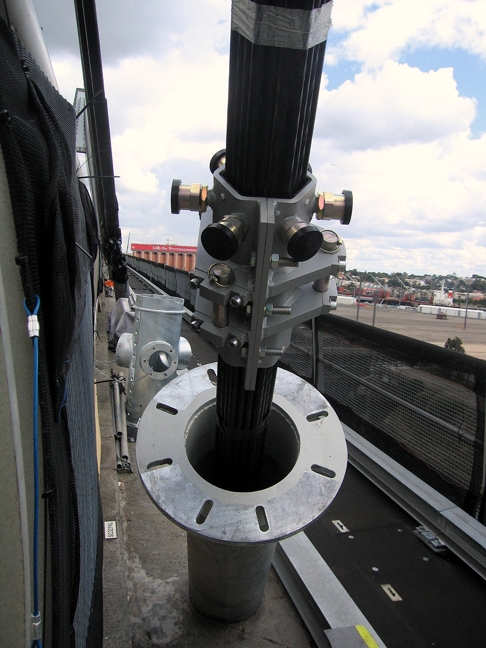 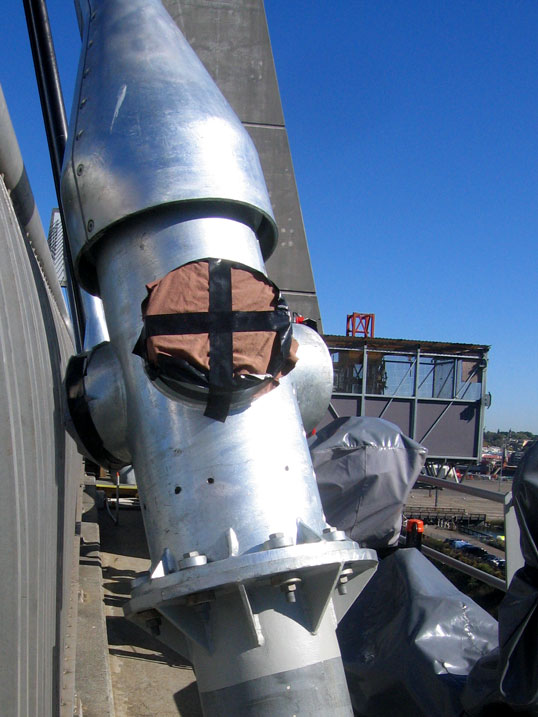 Stay cables have very little natural damping and vibrate freely. Reduction in the amplitude of these vibrations can also be achieved using radial dampers.

The components of the ANZAC Bridge damping system, the radial damper components, guide tube and the upper shield are split to allow wrapping around the cables.

The guide tube is bolted to the original formwork tube and absorbs the lateral load from the internal radial dampers. The upper shield is fixed to the cables. 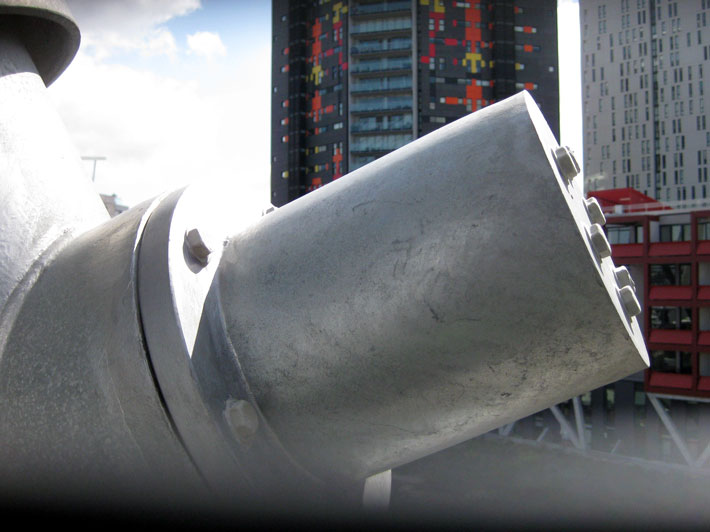 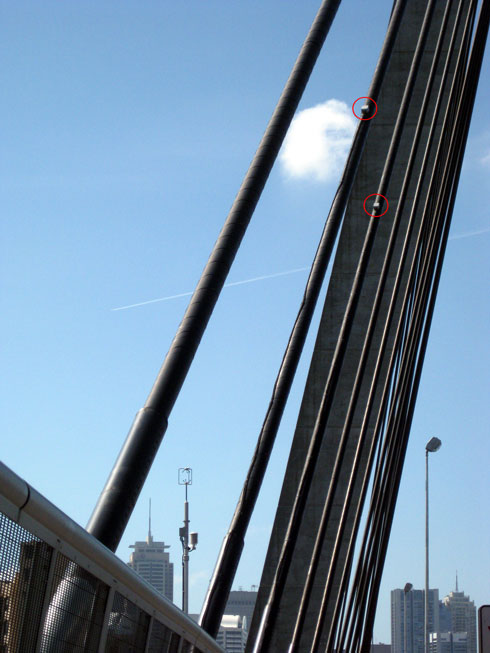 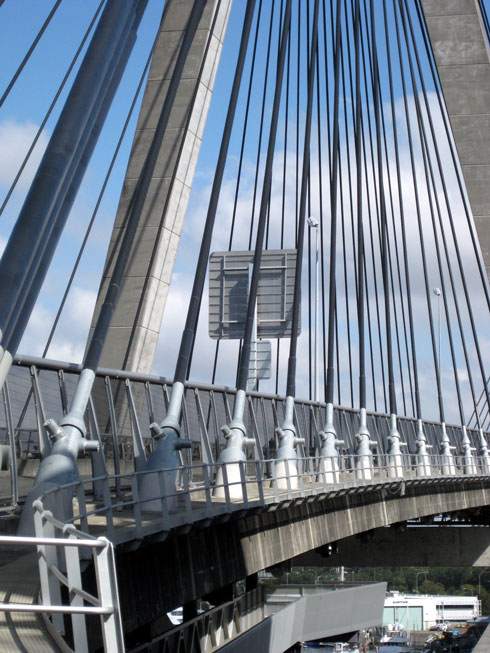 Looking west from the spiral ramp 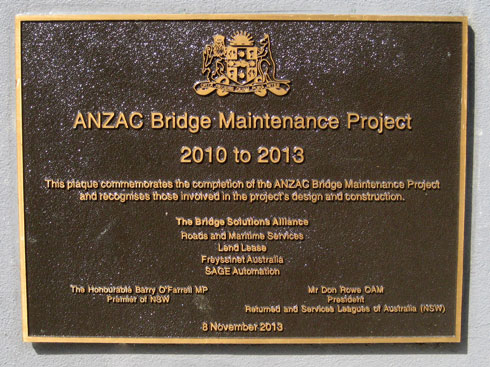