Originally the ANZAC Bridge was to have been a conventional concrete box girder construction with support piers in the water. However consideration of the effects of a large ship hitting a pier precluded that design and the cable stayed option with support towers on the land was adopted.

Construction over the water used a recent innovation - the formtraveller - which is, in effect, travelling formwork.

Supported by the leading edge cables of the previous segment, the formtraveller provided support for the next 10m concrete segment to be cast.

The formtraveller was of substantial construction being 30m long and 32m wide, and weighing 280 tonnes. 8. 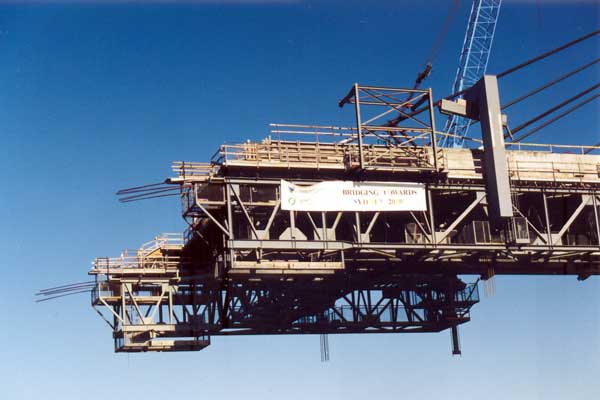 The formtraveller on the western deck viewed from the north

Deck segments weigh in the order of 460 tonnes. As a deck segment is cast on one side of the tower it must be balanced by one on the other side. The land side segments were cast first. 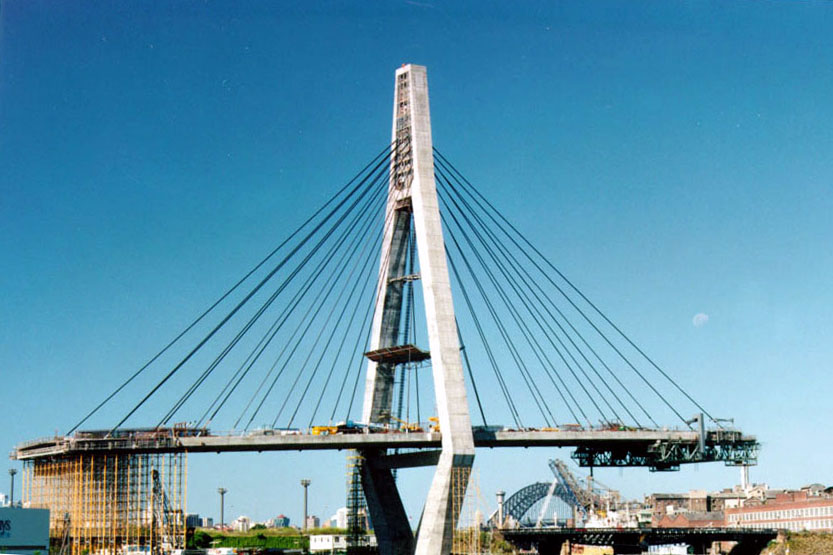 The western end viewed from the south. Seven deck segments each side.

The People
The client for the bridge was The Road and Traffic Authority of NSW (RTA). Peter Wellings was the RTA's on-site project engineer. Leighton Contractors built the protective embankments and placed the piles to the bedrock and bridge footings for the two towers starting in 1989.