On the 80th anniversary of Armistice Day, the 11th November 1998, the premier of NSW, the Hon. Bob Carr, renamed the new bridge from Glebe Island bridge to ANZAC Bridge as a memorial to members from both sides of the Tasman who formed the Australian and New Zealand Army Corps - the ANZACs.

To commemorate the new name, an Australian flag was placed on the Eastern tower top and a New Zealand flag on the western tower top. 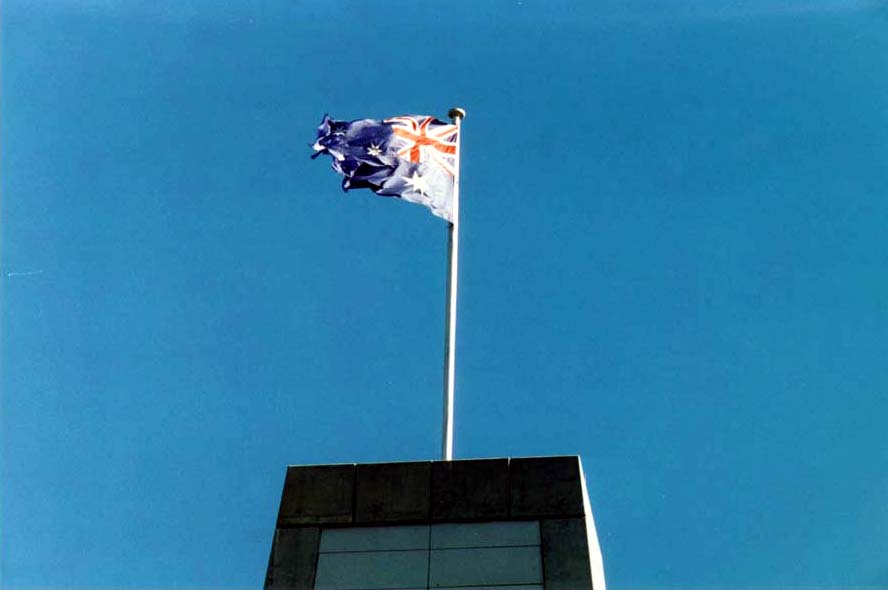 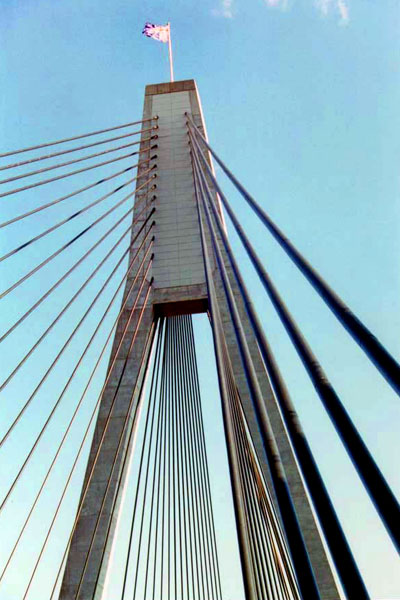 A monument was placed at the western end. The original plaque from the opening of the bridge in 1995 (lower)
Above it, the plaque celebrating the renaming to ANZAC Bridge in 1998 (Before the statue was placed) 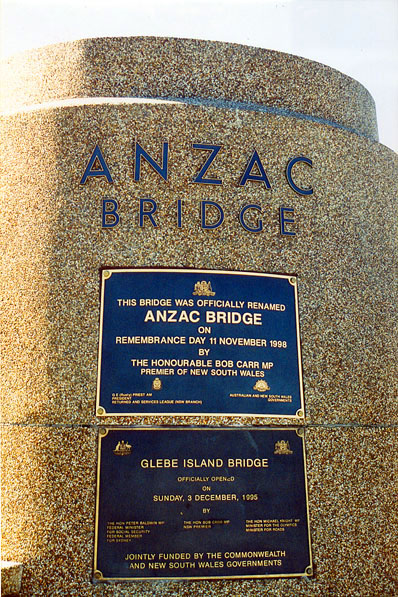 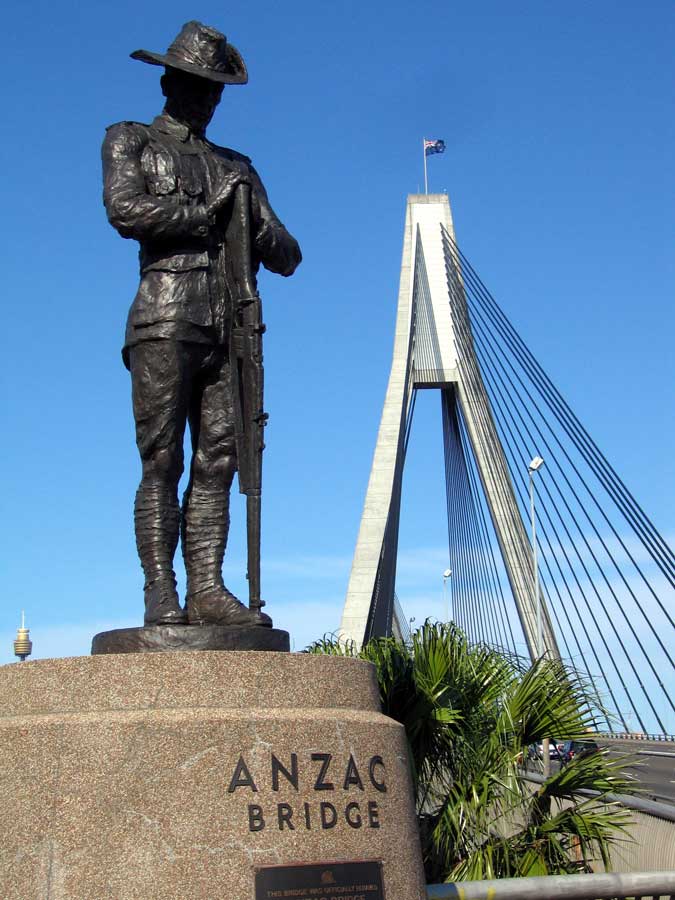 A four metre bronze statue of an Australian World War 1 Digger was placed on the western end monument on the 25th April 2000.
A handful of sand from the Ari Burnu beach at Gallipoli rests under the foot of the digger as a permanent connection with comrades who fell and remain at the Gallipoli battlefield in Turkey 6. 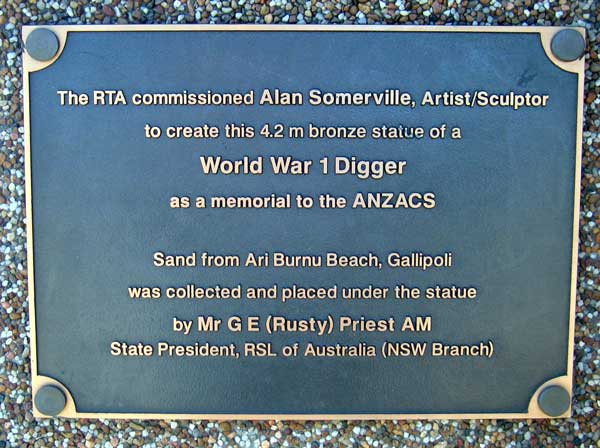 On the 16th June 2007, New Zealand Prime Minister Helen Clark and New South Wales Premier Morris Iemma announced a statue of a New Zealand World War 1 soldier would be placed on the south western approach across from the Australian soldier with again Alan Somerville as the designer.

The New Zealand soldier statue was formally unveiled by Prime Minister Helen Clark and Premier Morris Iemma at a ceremony held on 27th April 2008. Unfortunately the public were not permitted to attend the ceremony.

Many New Zealanders had travelled to Australia to attend the ceremony and were disappointed and angry. When finally allowed to the statue, the group of about thirty paid their respects through beautiful song. It was a most moving moment. 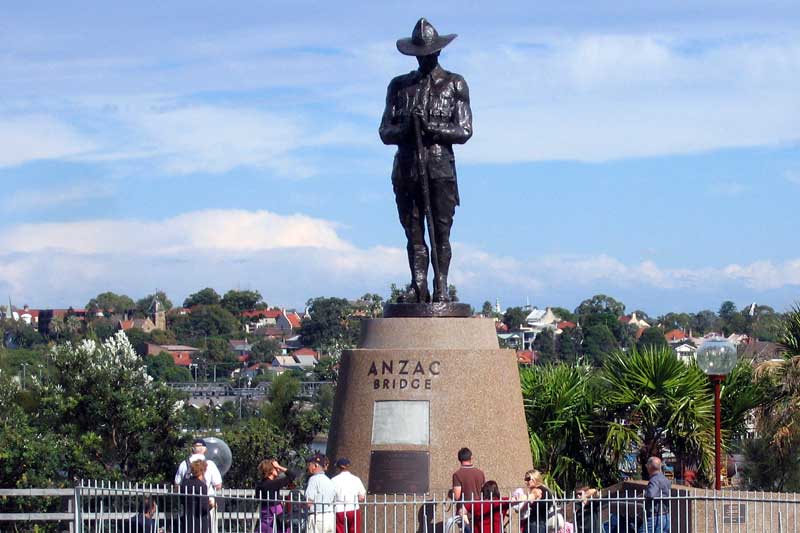 The New Zealand soldier on the 27th April 2008. The top plaque is yet to be placed 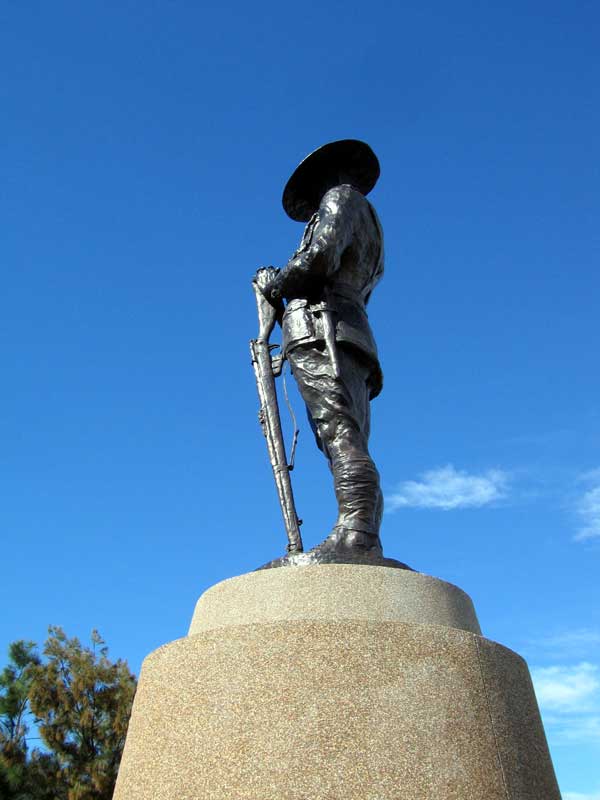 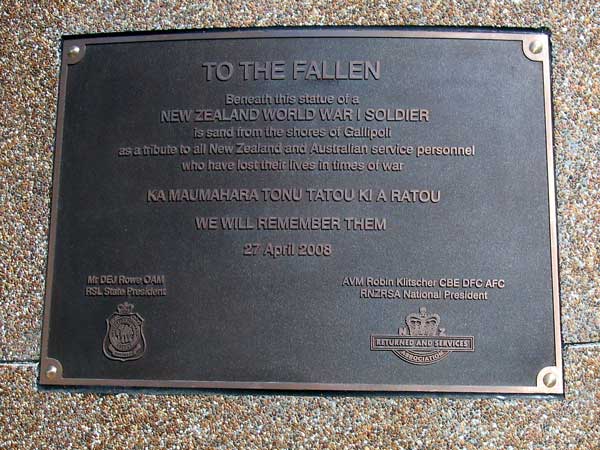 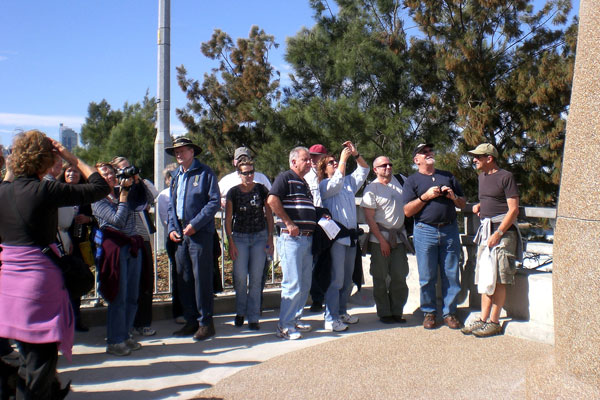 Some of the visitors to the New Zealand statue after the unveiling on 27th April 2008 - most were from New Zealand.

On ANZAC Day 2000 the NSW Premier, the Hon. Bob Carr, also unveiled two "Rising Sun" military badges placed on the northern and southern faces at the middle of the bridge. 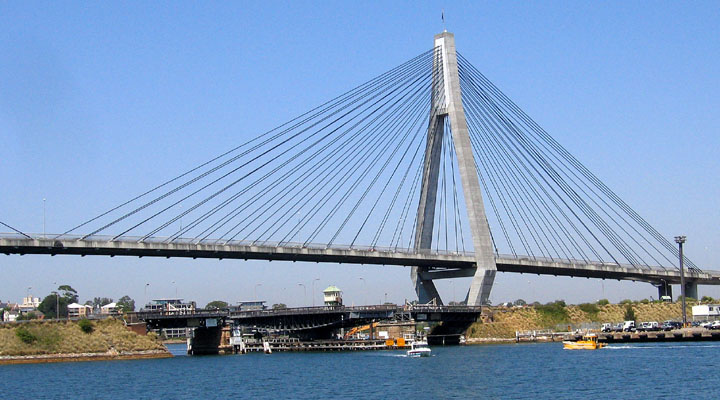 The badges were manufactured by the Phoenix Foundry of Uralla, a small town in the New England Tablelands region of New South Wales. At the time these were the biggest casting work ever undertaken by Phoenix.

Cast in ten sections and subsequently bolted and welded together, each badge measures 3.04 metres wide by 2.20 metres high and weighs just under one tonne.15. 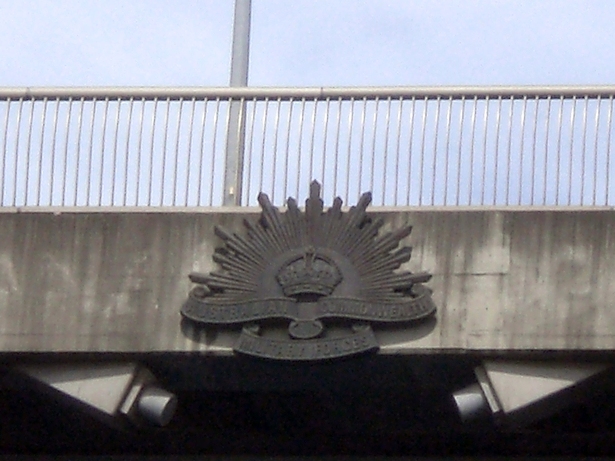 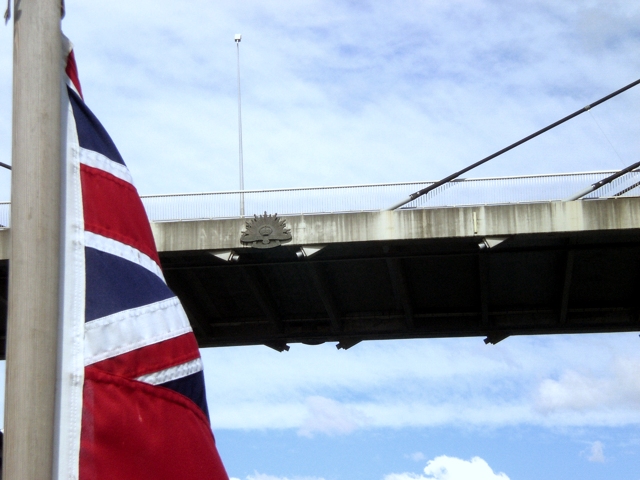 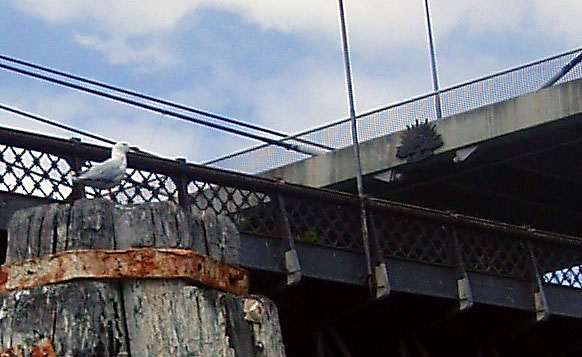