The ANZAC Bridge made a spectacular back drop to the 2000 Sydney Olympics Marathons. The women's marathon was run on 24th September 2000, the men's on the day of the closing ceremony, 1st October and the Paralympic on the 29th October.

The 42 km course, created by Olympic marathon director Dave Cundy, started from outside the North Sydney oval and finished at the Olympic Stadium at Homebush.

The route, marked out by a blue line, travelled through some of Sydney's most spectacular scenery.
Briefly, it

Go to the results of the 2000 Olympic Marathon. 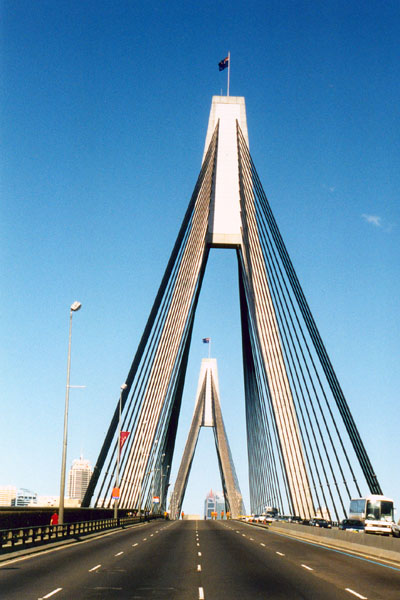 Waiting for the first runners 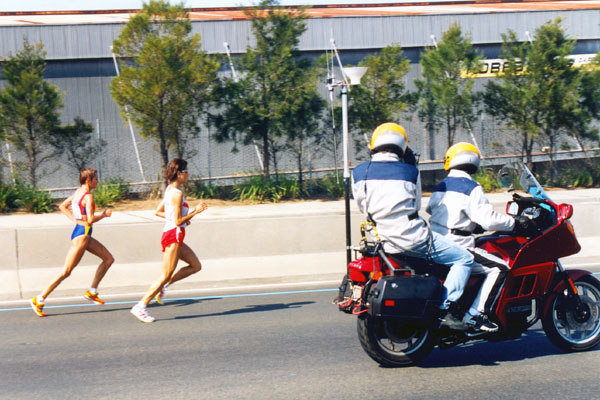 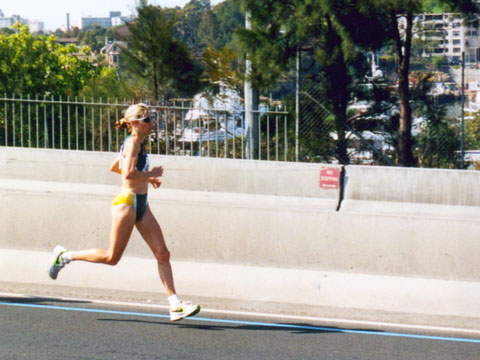 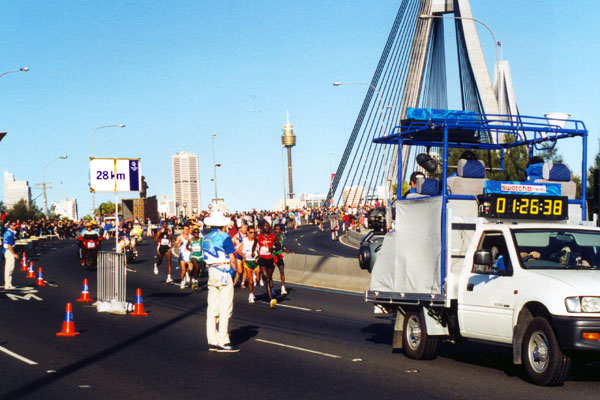 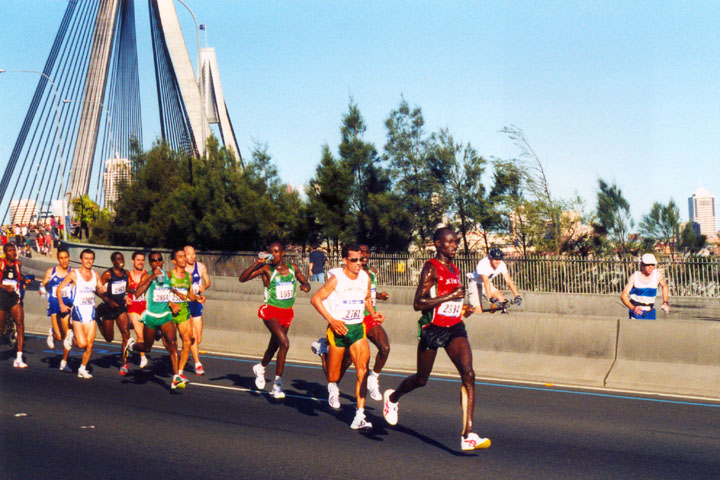 Men's Marathon - The lead runners - Gezahgne Abera of Ethiopia, the eventual winner is in 4th place. 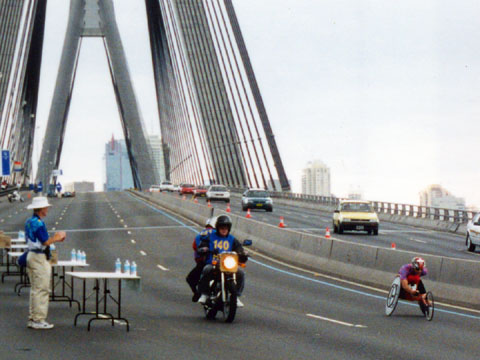 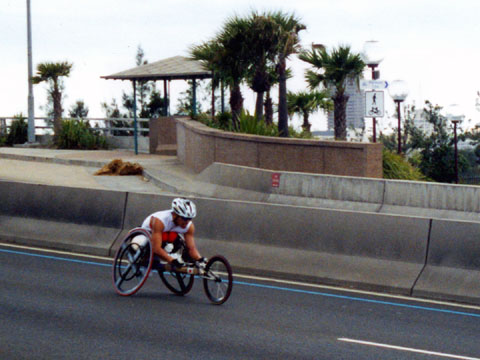 Paralympic Marathon - at the 28km mark 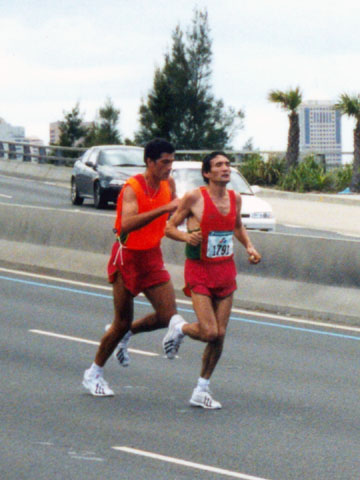 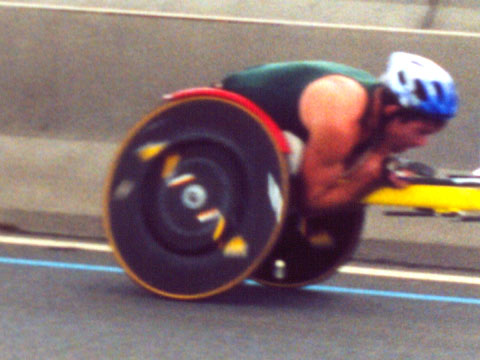